Bath Area Trams Association BATA is in detailed discussions with USA transportation system manufacturer TIG/m and consultants TenBroeke Engineering for this project. TIG/m can supply, install and then operate the complete tram system, i.e. both the track and the trams, with no overhead wires and which can negotiate all Bath’s hills and narrow streets as did the original trams from 1904 – 1939. Tenbroeke believes given favourable feasibility study outcomes it can arrange private funding. 5 years ago BATA produced a detailed dossier that has persuaded BANES and WECA to look closer at trams and light rail just as 8 other major cities have done – Cardiff, Birmingham, Manchester, Sheffield etc.

The company, TIG/m LLC, has installed such tram systems around the world and the intention assuming positive feasibility study outcomes and detailed independent engineering evaluations, is for TIG/m, to carry out a full turnkey design, install and build and then operate the system; thus the financial risk would not be with the people of Bath. 11 lines have been surveyed by BATA and a study by WS Atkins found that at least 4 of them were likely to be viable. Similar new tram plans have been produced by TFGB Transport Forum for Greater Bristol as have 8 other UK cities.

This “turnkey” approach avoids the extensive costs and timescales of the normal complex design/tender/build tram procurements process normally used in the UK dependant on UK government loans. Furthermore, the overhead wires in conventional trams add a significant cost in the wires themselves.

David Andrews chair of BATA said that the wire-free tram could be ideal for Bath where some heritage groups have naturally questioned the suitability of overhead wires; because the tram is considerably lighter than a conventional tram the 12 inch deep concrete on which the tracks are laid will protect the vulnerable Bath vaults from any further damage from heavy road vehicles. He does however point out that overhead wires are normal and acceptable in many heritage cities such as near Rome’s Colosseum or attached to Vienna’s Grand Opera House. The hydrogen fuel means the vehicles emit zero pollution within Bath and do not create deadly rubber tyre dust micro-particles.

David Andrews finished by stating that we face exciting times within the transport world with the realisation that Trams form a great back-bone to any integrated transport plan including buses and we are very pleased to see that our close liaison with both regional authority WECA – West of England Combined Authority and BANES – Bath & NE Somerset Council is paying off.

Why have trams instead of buses which are cheaper? – (or are they?)

In highly trafficked settings such as city centres trams are cheaper in terms of £s per passenger km. In every one of the eight cities that have re-introduced trams / light rail – integrated with bus services – Croydon, London’s docklands, Birmingham, Manchester, Sheffield, Newcastle, Nottingham there has been a marked reduction in traffic, congestion, pollution, greenhouse gases and an increase in urban prosperity and commercial regeneration. This is because trams generate a much higher modal shift from cars to trams than buses. And this has never been achieved using buses on their own or with so called busways or metro-bus which have generally been an expensive failure. Furthermore, on the correct routes (i.e. dense) the cost per passenger km is about half that of a bus. Trams also have a much, much lower energy consumption than a bus. Research shows that trams produce 90% of the benefits of an Underground Railway, but at 10% of the cost. Underground metros are only cost-effective in very large conurbations and few are being built in Europe these days and for example France has re-introduced over 30 new trams systems due to their ability to regenerate city centres and create pleasant environments.

Brad Read, CEO of TIG/m said “The number one goal of any public transportation system is to get people out of their private automobiles by giving them a complete end-to-end solution for their travels; creating a communal sense of place that is a connected, walkable, exciting place to be. This is done by connecting all of the alternate modes of travel into a seamless whole. In the case of Bath Trams this means making as many stops as possible a multi-modal stop for buses, rail cars, and bicycles. These three modes support one and other; when we give motorists a viable opportunity to leave their cars at home (or let them go altogether) all three of these modes of travel will see increased ridership. These modes do not compete, they complement one another.”

Sherman Havens Director/Founder of TenBroeke Engineering, the consultants working on the project carrying out feasibility studies, said “the overall costs are likely to be much lower with the TIG/m system and, from past experience, the system could be implemented in 3 years from receipt of permissions due to the streamlined procurement process and one-stop supplier. Thus, we fully expect this project to be fundable by private capital which we can potentially provide via financial contacts.

Sherman Havens was previously Technical Director at consultants WSP who coincidentally have been chosen by WECA to look at transport options on certain corridors in Bath and Bristol.

History of tram re-introduction in Bath and Bristol

Bath Area Trams Association provided a report, “The key role of trams in an integrated traffic improvement plan for bath ( link expires in 6 days) that persuaded Bath and North East Somerset council to pay for the Atkins study which showed there were no show-stoppers for trams for at least 4 Bath tram routes and which then led BANES – Bath and North East Somerset Council to convince WECA – West of England Combined Authority to spend £2 million on studies including trams specifically for Bath and linking to Bristol.

Andrews also said that in the 8 British tram reinstalls completed to date, trams had been shown to significantly reduce congestion pollution and to regenerate the city environment. Wherever a buses–only solution had been attempted in Britain this had not achieved anything like the same level of environmental or commercial improvement. This was because people, particularly car drivers, do not find buses sufficiently reliable or frequent and this arises from the fundamental technical and economic differences between a steel wheeled tram and a bus which mean a bus system cannot afford to offer the same service frequency which trams can. A tram is also  inherently low energy compared to a rubber tyred bus which are noisy and uncomfortable. Steel wheeled trams do not produce the very dangerous, and presently largely unappreciated tyre and road dust micro-particulates, worse in fact than diesel engine emissions.

Following WECA’s failure to do so, and the government rejection of its JLTP transport plan, both Bath Area Trams Association and Transport for Greater Bristol TFGB have produced detailed tram network proposals covering strategic parts of their cities: TGFB has also produced detailed traffic calming plans and a bus plan and a parking plan.

The proposed tram lines above will operate “on street” that is share road space with cars, but will not be impeded significantly by traffic due to the application of Green Wave Traffic Light Pre-emption which cannot generally be applied to buses.

NOTE- BATA are not proposing a stand-alone ring, but an entire network ultimately

Typically Conventional heavy trams cost typically around £25m/km when all the other costs are included, compared to about £7m/km for TIG/ km, but note below.

The initial Indicative-only engineering turnkey cost for Bath can be downloaded here ( link expires in 6 days) and are £18m for 2.58 km, = £7m/km. And for Bristol £ 27m for 4 km, = £6.8m / km for tramway, tracks, cars etc. There will be other significant legal, engineering and planning costs on top such as ticketing, integration with traffic controls, archaeology etc. so the TIG/m figures quoted here will rise, but are likely to be significantly less than conventional trams due to reduced legal and engineering duplication involved in the UK’s complex tendering process, and the absence of overhead wire costs.

Brad Read, president of TIG/m, states that ” the primary source of energy for the tram is batteries which are charged for 4 hours per night during daily maintenance at the base station.

The hydrogen fuel cell is an auxiliary generator which adds energy to the battery system while in passenger service, if needed, during times of peak loading. Most of the energy input ascending a hill is recovered or regenerated to the battery on descent thus the hydrogen overall provides quite a small fraction of the tram driving energy.

We prefer hydrogen used in a fuel cell as it is the cleanest fuel; however we are quite happy to use generators powered by biogas, propane, or bio-diesel whatever the client desires. Our hydrogen is generated through electrolysis of water by our proprietary systems using off peak power back at the tram shed.”

Dave Andrews said, “Discussions are obviously at an initial stage and we are not committed or allied to any technology or supplier at this early stage. BATA and other authorities will have to be satisfied that such a system meets all Bath’s needs, and it may well be that we find the traditional heavy European type tram is the most suitable –  that have been found to be cost effective in 8 if the recent British tram re-installs after all.. However given that this proposal offers to be significantly lower in cost, avoids overhead wires which many people object to, and faster to install than the alternative approaches we need to look closely at this option, and hope that WECA and its consultants WSP will also. Other similar light rail / trams systems exist or are being developed e.g. Trampower, Coventry City Council and Warwick University, Parry People Movers, Goby Gas, etc but TIG/m can actually offer a fully proven hydrogen and battery powered wire-free turnkey solution now.”

Why trams plus local feeder buses work as the backbone of a city’s transport system but buses alone do not.

We will find a way or we will Make One!

Car drivers will not use buses – 5

7th in sequence of tram letters in Bath Chronicle 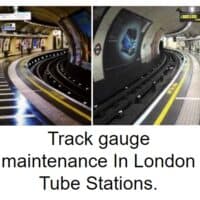 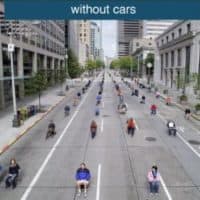 Buses and trams together cut congestion, pollution and emissions in cities but buses on their own don’t

4 days ago / 0
Want to participate in the Trams discussion?
To provide a public forum for discussion, BathTrams.uk has opened a "forum" on this website. To express an opinion for or against the trams concept, you can register to do so...
Contact Us