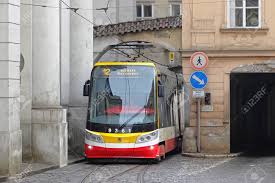 OK , the issue you need to consider is what mode shares should be assumed for each possible mode.  I don’t believe that if we continue to just argue about it we will come to a sensible or useful conclusion, because there are too many cleaver promoters trying to maximise their mode share at the expense of somebody else’s mode share. We have today replaced the competition and control by funding of the 1930s by competition on the internet and a different kind of control of funding. So I propose :-

It is an obvious truth that if we build a large 5 line tram system in Bath using only trams which are zero C, zero toxic emissions and A rated for energy efficiency we will address all the aspirations in the above stated vision; all of them. Does anybody suggest there is a better way to progress toward achieving the vision?

Some of us are agreed that we don’t want to wait 10 years to get the tram system the public want and the city needs, so we need to focus on solutions that have a  guaranteed and fairly immediate access to the necessary funding for line 1 of a new high demand public transport route. That involves smart choices about how we get our primary consents and approvals, because that is the stage of promotion which has had the highest failure rate in the recent past.  Not clear what you have in mind?  Essentially, we just need to understand how (eg) Lyon did it and copy (the record is held there for shortest time from decision to build and passengers being carried).

Finally if we might just manage to accept that the transport planners in Freibourg  might know more than we do about achieving sustainable transport ; we could learn from their experience and note that they are so pleased and confident that they are now building to double the extent of their tram network within five years.  As above, there is valid experience from a range of German, French, Swiss and Dutch cities – to name but four!

Some history of tram abandonment and Leeds Trolley Bus fiasco 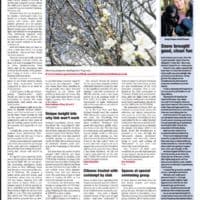 5th in sequence of tram letters in Bath Chronicle 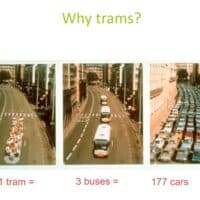 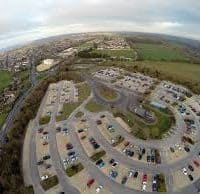 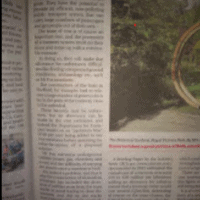 19th November in sequence of letters in Chronicle. David Walmsley and Brad Read 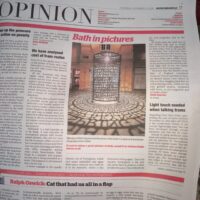 Some history of tram abandonment and Leeds Trolley Bus fiasco

2 months ago
Want to participate in the Trams discussion?
To provide a public forum for discussion, BathTrams.uk has opened a "forum" on this website. To express an opinion for or against the trams concept, you can register to do so...
Contact Us